Five Spices is 5 years young and is going to celebrate this in Shanghai and in Holland.
The Dutch design agency, Five Spices has recently started a second office in Shanghai, to be closer to the Chinese market.

Five Spices is 5 years young and is going to celebrate this in Shanghai and in Holland. 7Mb大湾区工业设计网

The Dutch design agency, Five Spices has recently started a second office in Shanghai, to be closer to the Chinese market. 7Mb大湾区工业设计网

'Five Years Five Spices' will take places in Shanghai on November 19th and in Holland (Den Haag) on December 10th.The theme is 5 and as part of the celebration Five Spices is developing a platform for 5 international teams of designers, so they can work together on projects in their own discipline. The Shanghainese and Dutch designers get introduced by Skype and continue working together online. The results will be presented in both cities. 7Mb大湾区工业设计网

In Shanghai this celebration event will be officially opened by the Consul General of the Kingdom of the Netherlands in Shanghai, Mr. Eric Verwaal. 7Mb大湾区工业设计网

The name Five Spices finds its origin in China and stand for the 5 disciplines they work with, concept, environmental design, graphic design, interaction- and motion design.7Mb大湾区工业设计网

Erik Hoebergen, creative director of Five Spices designed in 25 years over 200 trade fair presentations and has a track record of working internationally. Deborah Meijburg, managing director is responsible for Shanghai office. Five Spices is one of the first Dutch design agencys of the Dutch incubator program of the Dutch Design Workspace in Shanghai, started last September.  7Mb大湾区工业设计网

For this 5 year celebration they decided to develop an international platform for designers in Shanghai and Holland. A platform to create better understanding between East and West and give designers the opportunity to get in contact with a counterpart on the other side of the world. 7Mb大湾区工业设计网 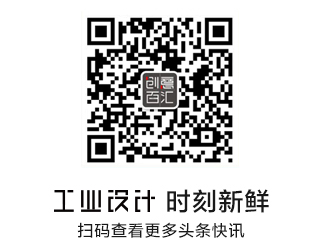